(A version of this originally appeared in the Educar Integration and Acoustics group on Facebook.)

Years ago, I tried to quantify the acoustic performance of sound systems with an RTA. I found it difficult.

It was easy to conclude that “measurements don’t reveal much about sound quality”.

Turns out that a more accurate way to say it would have been “my measurements – and my interpretations of them – don’t reveal much about sound quality”.

What were the problems?

There were some things we can hear that my measurement tool couldn’t reveal – especially when used with a graphic EQ. After years of using 1/24th-octave RTAs to measure cars, I now have a better understanding of what we can hear and what we can’t. I use 1/3-octave to measure electrical signals all the time, to determine what notes a channel is playing. Other than that, I prefer higher resolution measurements in the low end. I don’t use 1/24th all the time – sometimes, when I’m wanting to decide how important something is to chase, I drop down to 1/12th. In the high end, if I’m using a single-mic system, I ignore narrow-Q issues, because they’re always mic-position-dependent. The higher we go, the less attention I pay to narrow deviations. It turns out that the comb filtering caused by unequal path lengths is really hard to see in 1/3 octave resolution.

I didn’t have a target curve.

Mostly I was aiming for “flat”. Even before you start the car and drive down the road, flat doesn’t sound good in small rooms. Even in home fidelity in big rooms, flat isn’t the most common target curve.

I measured with all the speakers playing.

This was a big one. I never measured an individual driver’s performance – always the entire system. Since there were no DSP processors back then – and no Mute buttons for each channel – playing each speaker at a time was very time-consuming – and since I had no idea why I should be testing that way, I never tried it. This really fouled me up.

I didn’t measure each side independently.

I didn’t understand the effects of path-length differences on frequency response.

Sometimes when I tried to equalize dips in a response, I would add energy and the dips would remain. So I would add more energy, until I could obviously hear distortion, and then I would say something like “man, EQ sucks”. Comb filtering  falls into this category. Now, my rule is, if I add energy and it doesn’t change the reading, there’s a cancellation happening – and I need to take that energy back out!

I paid too much attention to microphone-positioning artifacts.

I didn’t understand that, the higher you go in frequency, the less audible any narrow dips in response are. This is the potential benefit of multiple-microphone systems, and that’s why many of them don’t bother with higher resolutions.

Thank You to Educar Premiere Sponsor In my defense, those pink noise CDs came in the box with certain products, so they were free. If you want to see the response after your speaker systems plays the same test tone out of multiple drivers at the same time, that test tone has to be the same on the left and right channels at the same time! That means you need mono, or correlated, pink noise. That’s what the Audiofrog Test CD in the UMI-1 kit has on it, and that’s what the Educar TestTune smartphone app has on it, too.

I didn’t test for phase cancellations.

Some cars with Phase Equalization really messed with me, when I didn’t realize it was present. It’s impossible to see on an RTA when you’re only testing one channel. Now that I know what I’m looking for, I check. I don’t just test for polarity prior to tuning, I also test for phase cancellations.

I use REW, which has resolutions selectable from 1/3-octave to 1/24th octave, and  which is free to use on any Windows PC or Mac (just requires a microphone and a USB sound card – I use Andy’s Audiofrog AF UMI-1  kit).

I have a target curve I’m confident in.

I use parametric EQ whenever possible (most suppliers have switched over to parametric).

I use delay for one-seat cars (there are also other ways to address IPD, which I sometimes use).

I understand phase cancellations better.
If I boost with the EQ, I know the speakers are always moving farther.* When I EQ, if I add energy and the measurement doesn’t change, I take the energy back out and decide if I need to look at other ways to address the issue.

If I have a narrow artifact at an upper mid or high frequency, I ignore it, or I move the mic slightly and see if it’s still there.
Now I am much more capable of finding a system’s shortcomings and addressing them, in a timely and repeatable way.

I test for OEM phase equalization before I tune. 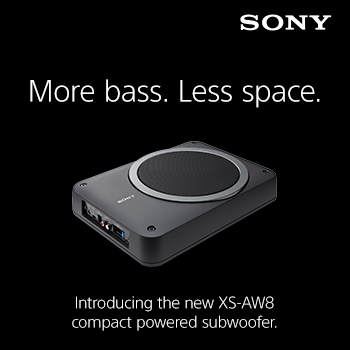